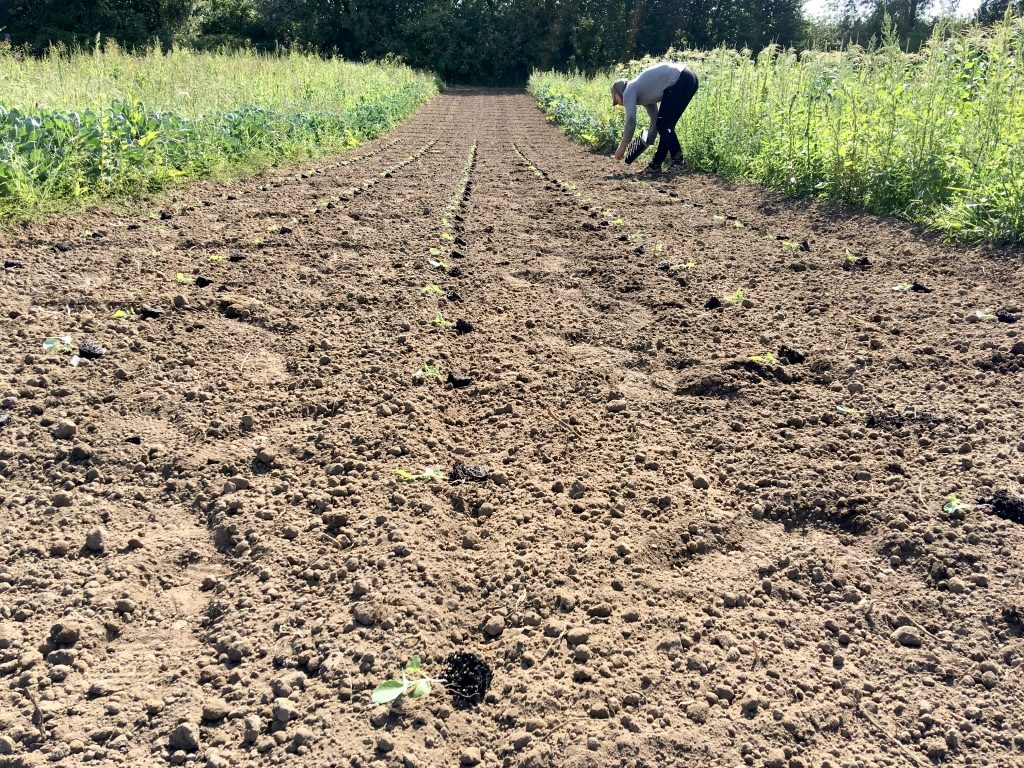 This last week was 100% summer — which, to me, means life in the highest gear of the year. It was finally hot (even in the 90s!), and we farmed and played and all-around savored the season and its gifts. Some highlights:

I took the kids to the Yamhill County fair, where we checked on their horticultural entries. Participating in the fair is an annual tradition in our house and feels like it marks the high point of the season. They think ahead to their fair entries as early as February when they make their seed lists! They did well this year, earning three best-of-show awards and two sweepstakes between the two of them! Since we homeschool, I love that the fair gives them an opportunity to feel their hard work affirmed by someone other than a parent (they also have some great teachers in other areas of their life too).

We planted almost all of our fall and winter crops! Broccoli, cabbage, cauliflower, and more. Just a few flats of starts remain up by the house, which we will plant this week in one of our high tunnels. Since we plant almost all season-long, reaching the finish line always feels like a very significant seasonal milestone. After the last few flats, we will have a break from transplanting until after the New Year.

We processed firewood for the winter! A very large, heavy limb fell from an oak tree at the weekly farm school program the kids attend, blocking the driveway to the classroom. We spent a hot part of Saturday chainsawing rounds and hauling branches — exchanging our clean-up labor for high quality firewood.

We attended two wonderful outdoor arts events: As You Like It at Stoller Vineyard (we love summer Shakespeare!) and a house concert by friend and harpist/poet Bethany Lee. As the hot days mellowed into warm evenings, we marveled in the magic of sharing music, laughter, and awe outside with others. 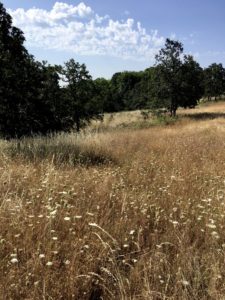 The kids and I hiked at Baskett Slough, where we were astonished at how very dry the landscape appeared. Our “sense” of the season is that we’ve had more rainfall than normal (which is true), and yet still here in the Willamette Valley summer drought prevails. Aside from the Queen Anne’s Lace flowers, most of the field plants and flowers were long past blooming and had set seeds, matured them, and were completely dry and brown. As we leaned our ears off the trail in one location, we could hear seeds popping out of dry pods (perhaps from vetch? It’s hard to identify all the plants at this stage). We also watched a very lethargic-looking bumblebee feed on a Queen Anne’s Lace and were able to see its tongue reach out for nectar from the flower. I had never seen a bumblebee’s tongue before!

And, we spent another wonderful day playing with friends at the river. The kids each have their own little kayaks this year, and they have both become so competent at paddling around the river, making smart use of eddies to go upstream and then riding the currents back down. They discovered a patch of soft sand on the far bank from our swimming spot and have spent the last three weeks building sand castles there, within adult eyesight but with a new level of independence from us too. It’s quite the jump in their freedom to be across the river from me, playing with their friends. We’ve spent every summer of their childhoods learning and practicing water safety, which helps make this possible for them (plus, life jackets!).

Last evening, we hosted a small group of folks for a farm tour, organized by OSU Extension (part of their summer “Crop Talks” series). We were delighted to meet farm-y types from around the region and share our story with them. We always provide lots of caveats when we show people around, making it clear that our farming journey has been just that: a journey, and one that we are still very much on. Things that worked for us in our second year on the farm might not be relevant anymore. And, likewise, what works for us might not work the same on another farm. But, nonetheless, there is so much value in connecting with other people who fundamentally love the land and this work. We shared a potluck afterward and enjoyed learning more about the kinds of projects other people are working on and what they dream of doing on their land in the future.

That’s a full week!!!! And just one week out of a wonderfully full summer. I love this time of year. I know I couldn’t sustain this level of activity year-round, but I don’t have to. The shifting of the seasons will bring a natural easing into new rhythms not too long from now. But I am going to savor every special summer activity while they last.

May you too be filled with the vibrant, golden joy of summer this week! And enjoy this week’s abundant summer vegetables!