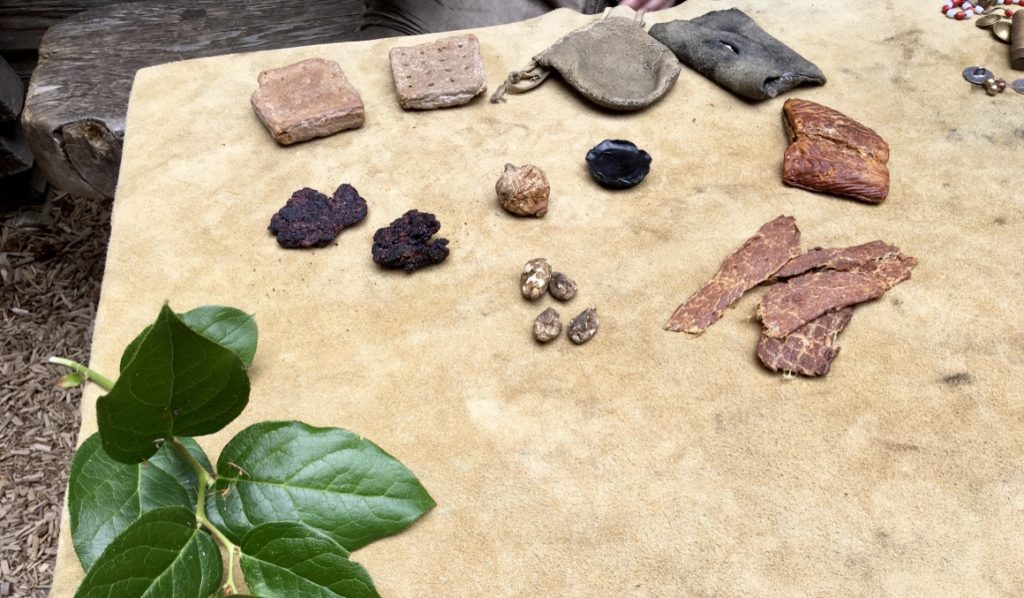 We are a history-loving family. I haven’t always been into history per se — in school, I remember studying “social studies” (which was something akin to geography meets anthropology, I guess) and one whirlwind year of AP US History (which I remember as being very “battles and dates” oriented). Other than that, I picked up historical context mostly through bits and pieces in contemporary news and literature that I read.

But when we began homeschooling Rusty several years ago, it felt very natural to make history a core part of our home learning experience. What is history, after all, but the stories of humanity’s experience? I love stories. Who doesn’t love stories?

It turns out, I definitely do. Especially when those stories transcend the “battles and dates” form of textbook history. As a teacher (and co-learner), I have loved looking for more inspiring “living” books and stories that we can share as a family. I’ve especially loved looking for the stories that haven’t been told as much — stories about how everyday people lived; stories of women; stories of people of color; and stories of people from around the world.

To help me organize our approach, I developed a five-year history rotation for our family, around which we focus a lot of our reading and activities each year as we focus on a different era: ancient, medieval, early modern, 19th century, and 20th century. We’ve been through three years of this rotation so far, so this coming school year we’ll be studying the 19th century — bringing us that much closer to our contemporary day than we’ve been so far.

When I read about the 19th century today, so much still feels incredibly relevant — the world was struggling with what it meant to become a global community and the clashes in culture and power roles as people and products moved from continent to continent. It was a time of incredible tragedy, even as the foundations were laid for modern scientific discovery. Empires. Genocide. Great literature. Bondage. Discovery. War. As much as any era, the 19th century impresses upon me the importance of learning the stories of our past, as in the United States is still be shaped by the happenings of that century. As an American, if you don’t know the basic timeline and happenings of the 19th century, you’ll miss a lot of what is going on today. Of course, the same could be said for the 20th century. Themes persist, both positive and negative.

Anyhow, we have some truly excellent and diverse texts awaiting us for this school year. The kids will really only just begin laying down the their own contextual understanding of this period of time (although Rusty’s history knowledge at the age of 9 exceeds what mine was at age 30!), but together we’ll share the important stories, good and bad.

Although we do spend a dedicated period in the morning “doing school,” our family’s learning experiences are so much bigger than the time we spend cuddled reading on the couch. Casey and I both love bringing learning into all that we do, and we love looking for opportunities to do more than “just” read.

When I learned that a family member was getting married in Astoria this summer, we jumped on the opportunity to visit in person some of Oregon’s important 19th century history. The kids and I have been listening to Peter Stark’s Astoria in the car over the summer to prepare. I didn’t know the details of the story and was surprised along with the kids at every new disaster! Oh my! 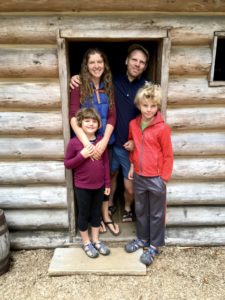 This weekend we finally drove to Astoria for a whirlwind tour of a few key historical sites. We began at Fort Clatsop, the site of Lewis and Clark’s 1805-06 winter stay in Oregon. We visited the replica of the fort and learned from the historical interpreters who were on site, tanning hides and teaching about local foods. The kids were suitably blown away to think that we were on the same literal spot where those famous explorers had wintered. I loved seeing their brains make the connection between stories we’d read in books and the place where we stood.

Next we visited the Astoria Column, where we revisited again the story of the area’s earliest European-American visitors on the spiraling upward paintings (and climbed up to see the awesome view from the top). Before bed, we walked around downtown, marveling in the old buildings everywhere. I learned that Astoria’s population peaked in 1920 (at 14,000 — today it is only 10,000), and one really feels the age of the little city in the houses and buildings. Many of them need what are likely costly repairs and renovations, making one wonder about the future of the city. But for now it is really beautiful.

The next day we visited the Flavel House Museum, a mansion built in 1886 and now maintained for public viewing. It was a big jump in Oregon’s history — from the rugged makeshift Fort Clatsop to the established affluence of the Flavel House, built just 80 years later. Again, an immersive kind of lesson in what has come before us.

We also stopped by a piece of personal history: the stately old house where my grandmother Dorothy (Dottie’s namesake) used to rent a small apartment from an older woman named Vera. I remember going to visit her there when I was a child. She didn’t have a separate entrance, so we would walk into the grand entry hall and pass through the main house, which Vera still maintained in her family’s antique furniture. In my memories, it was like stepping back in time, seeing her parlor filled with old chairs, well-worn rugs, and family portraits hung on the wallpapered walls. My grandmother’s apartment was a cozy modern space tucked upstairs in the back of the house, but downstairs it felt as though history had paused for Vera. Vera and my grandmother both died years ago, and that house too has seen better days at this point. I’m sure that inside it no longer has the grandeur of Vera’s family, but the house is still there, with probably even more stories to tell if one could listen.

At the end of our second day, we drove back home through rare August rain, back to the farm, exhausted but rich with new experiences of old things — with a deeper understanding of how we came to be here today, doing what we do. The older I get the more conscious I become of our immense privilege, especially in historical context — to be able to move and purchase land on which to farm is historically an unheard of kind of lifestyle and status shift. That land was made available to us, that we could afford it, that we were legally allowed to be in a new place. Historically, these are rights that were reserved for only the most powerful, strong, and wealthy.

We are very aware of how much tragedy preceded that privilege. And, how do we today reconcile ourselves to such histories? I still don’t know the answer to that question. American writer, farmer, philosopher Wendell Berry’s answer, one that has been latched on to by many landed white Americans, is that through our dedication to the land — our good stewardship — we redeem the stories and our ancestors. That through work we can truly belong. I’m not sure that I think the answer is that simple any more, even though it still tugs at my heart strings.

I do feel like this land is home, but I also feel an obligation to endlessly learn and tell the stories of my home — including the stories of those who before. This is why before we went to Astoria, before we read about Lewis & Clark, before we even learned anything one might call “Oregon history,” the kids and I learned about the Kalapuya people and the native flora and fauna of our region. And, we will continue to learn about this place from all of these angles and more — through the stories of the various people who have lived here and through our own direct experience with the soil, with the plants, with the creature.

The only way I reconcile myself to home is by learning, endlessly learning and bearing witness and honoring and expressing gratitude for the layers upon layers of history here. If it is our home, it is a shared home — shared with the memories of others, with the ash trees growing along the creek, with the great horned owls who nest in those trees, and the infinite multitude that come and go, living and dying here too.